Sir Wilfrid Laurier is an important Canadian politician who served as the seventh Prime Minister of Canada, holding the post from 1896 to 1911. Wilfrid was born on November 20, 1841, Saint-Lin-Laurentides. He is remembered for more than just his role as Prime Minister; he is also remembered as the man who bridged the gap between the French and English Canadians. Among many things, Wilfrid Laurier University is named after him.

1. Canada is free, and freedom is its nationality.

2. We are here a nation composed of the most heterogeneous elements-Protestants and Catholics, English, French, German, Irish, Scotch, everyone, let it be remembered, with his traditions, with his prejudices. In each of these conflicting antagonistic elements, however, there is a common spot of patriotism, and the only true policy is that which reaches that common patriotism and makes it vibrate in all toward common ends and common aspirations.

3. I claim for Canada this, that in future Canada shall be at liberty to act or not act, to interfere or not interfere, to do just as she pleases, and that she shall reserve to herself the right to judge whether or not there is cause for her to act.

4. We French-Canadians belong to one country, Canada: Canada is for us the whole world: but the English-Canadians have two countries, one here and one across the sea.

5. The Divinity could be invoked as well in the English language as in the French.

7. I am a subject of the British Crown, but whenever I have to choose between the interests of England and Canada it is manifest to me that the interests of my country are identical with those of the United States of America.

8. The twentieth century belongs to Canada.

9. A colony, yet a nation – words never before in the history of the world associated together.

10. It is a sound principle of finance, and a still sounder principle of government, that those who have the duty of expending the revenue of a country should also be saddled with the responsibility of levying and providing it.

11. What is hateful is not rebellion but the despotism which induces the rebellion; what is hateful are not rebels but the men, who, having the enjoyment of power, do not discharge the duties of power; they are the men who, having the power to redress wrongs, refuse to listen to the petitioners that are sent to them; they are the men who, when they are asked for a loaf, give a stone.

12. I am not here to parade my religious sentiments, but I declare I have too much respect for the faith in which I was born to ever use it as the basis of a political organization.

14. Confederation is a compact made originally by four provinces but adhered to by all the nine provinces who have entered it, and I submit to the judgment of this house and to the best consideration of its members that this compact should not be lightly altered. 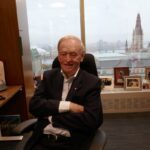 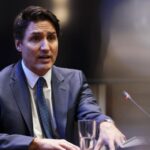 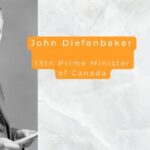 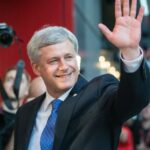