Vancouver is the most densely populated city in British Columbia. Since the 1980s, Vancouver has also emerged as a hub for software and biotechnology companies. It has been called one of Canada’s “brain hubs”. The average income of Vancouverites is higher than most of Canada, and there are significantly fewer low-income residents living in poverty. But the cost of living here is super high (the most expensive in Canada, even more than Toronto).

1. Vancouver officially became a city in 1886. It is the largest city in British Columbia, with over 634,786 inhabitants.

2. The major daily newspaper in Vancouver is “The Vancouver Sun.” “The Province” is another famous daily paper.

4. Historically, the Downtown Eastside was home to many single-room occupancy hotels and rooming houses. Still, it has undergone a gentrification process as former residents have been displaced due to rising costs in this neighbourhood.

5. The most famous buildings in Vancouver are the “Big 3”, which include the Fairmont Hotel Vancouver, the Vancouver Art Gallery and the HSBC Canada building.

6. The West End is one of Vancouver’s most highly sought areas. That is because the West End has many small restaurants, bars and cafés to shop.

7. Streets in downtown Vancouver are laid out in a grid pattern that runs parallel to the waterfront, which is true of many North American cities (except in Manhattan). Vancouver’s streets are generally named after Canadian cities and counties. It’s easy to navigate Vancouver’s street system is straightforward to navigate, as there are street signs on almost every block (unlike Toronto).

9. The City of Vancouver contains many parks and green spaces that are fun to explore. Some examples are Stanley Park, Queen Elizabeth Park and Trout Lake Park.

10. The area code for Vancouver is 604, and the city’s Postal Code is V6B/V7B. The West End has postal codes beginning with V6X, and the rest of the city (including Yaletown) has postal codes starting with V5X or V6X (except for Richmond, which uses C7A–C7R).

12. Vancity is the most popular “nickname” for the city of Vancouver. The city is considered very “Vancity” because it is very modern, clean and has lots to do. The nickname also works because there are three words in many areas of Vancouver – a number, colour and “city” – all starting with the letter “C”. That can be seen in names like Fraser Court (which leads into Fraser Street), Cambie Street and Cambie Village (which derives its name from two overlapping streets: Cambie Street and West 16th Avenue).

13. Vancouver is considered the best city in Canada for singles because it has many single people living there.

14. In 2010, the city of Vancouver reached its highest level for housing prices, with the average house selling for more than $700,000.

15. The most expensive places to buy a home are Vancouver West and the southeast area of Vancouver, which includes neighbourhoods like Shaughnessy, Kerrisdale and Dunbar.

16. As of 2009, the population of Vancouver was estimated at 533,486 people, with an additional 813,914 living in the surrounding metropolitan area (Greater Vancouver Regional District). The largest ethnic groups are East Asian (mostly Chinese Canadians), European (primarily Canadian) and Latin American. 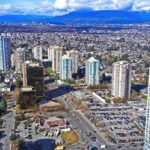 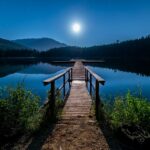 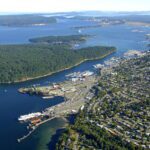 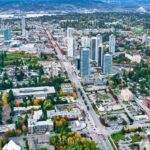