During the period between 2006 and 2015, Stephen Harper served as the 22nd prime minister of Canada. In addition, he served as the first Leader of the modern-day Conservative Party of Canada from 2004 to 2015. Born in Toronto, Ontario – Canada, he grew up in a wealthy neighbourhood. To establish independence from his parents, Harper dropped out of the University of Toronto and found work at Imperial Oil’s mail room in Edmonton, Alberta.

1. Make no mistake. Canada is not a bilingual country. In fact, it is less bilingual today than it has ever been.

2. If Ottawa giveth, then Ottawa can taketh away.

3. After all, enforced national bilingualism in this country isn’t mere policy. It has attained the status of a religion. It’s a dogma which one is supposed to accept without question.

4. The world is now unipolar and contains only one superpower. Canada shares a continent with that superpower.

6. We have to remember we’re in a global economy. The purpose of fiscal stimulus is not simply to sustain activity in our national economies but to help the global economy as well, and that’s why it’s so critical that measures in those packages avoid anything that smacks of protectionism.

8. What the government has to do if it wants to govern for any length of time is it must appeal primarily to the third parties in the House of Commons to get them to support it.

9. I think because we’re such a trading nation, I think Canadians understand that, first and foremost, we’re part of the global economy.

10. First of all, I can’t forget my first responsibility – which is to be the Leader of the Opposition, and that’s to provide an alternative government.

11. I don’t get into second-guessing myself publicly.

12. I’ve always been clear; I support the traditional definition of marriage.

13. It’s the government’s obligation to look really to the third parties to get the support to govern.

14. My own views on abortion, I’m not on either pole of that, and neither of the interest groups on either end of this issue would probably be comfortable with my views.

15. I think, first and foremost, everybody should understand that Canadians are strongly committed to the system of universal health insurance, to the principle that your ability to pay does not determine your access to critical medical services.

16. I just think it would be unrealistic to suggest we’re going to eliminate every last domestic insurgent in Afghanistan. Certainly, the history of the country would indicate that it’s not a very realistic objective, and I think we have to have realistic objectives.

17. I forget what the relevant American rate is, but I can tell you that our goal is to have a combined federal-provincial corporate tax rate of no more than 25 per cent. We’re on target to do that by 2012. So we will have significantly – by a significant margin- the lowest corporate tax rates in the G-7, and that’s our government’s objective.

18. Canada is in a budgetary deficit now only because of the recession, only because of stimulus measures, and we will come out of it. We will go back into a surplus position when the economy recovers. So there is no need in Canada to raise taxes. 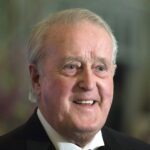 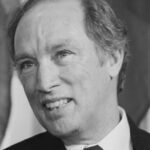 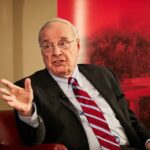 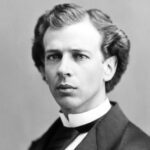