Ontario is the most populated province in Canada, with over 14,700,000 people. It is the financial hub of Canada, but it is also famous for its agricultural industry, mainly fruits and vegetables like apples, grapes and carrots. Ontario’s economy is well diversified, with significant sectors including the manufacturing of auto parts (particularly in Windsor) and textiles such as clothing (in southwestern Ontario). Quebec is the second most populated province in Canada. Ontario is known for its cities, province parks, natural resources, lakes, freshwaters, multiculturalism, and so much more. It is a beautiful place to live and raise a family.

There has been human habitation in Ontario for over 12,000 years. The area was occupied by Aboriginals who spoke Algonquin and Iroquoian before the European settlers arrived.

It is unknown how “Ontario” is translated precisely. However, among Native Americans, the word “Ontario” describes beautiful water or a lake.

From the 1600s onwards, French and British settlers began to settle in Canada and use the land. As a result, most of Canada belonged to the British after the Seven Years’ War (1756-1763). This area was known as Quebec by the British, which included parts of Quebec, Ontario, and the United States.

Ontario was home to many American colonists who remained loyal to Britain after the American Revolution (1775-1783). United Empire Loyalists was their name. Northern New York State was also home to many Iroquois who moved to Upper Canada.

A Constitutional Act passed in 1791 by the British split Quebec into two. Upper Canada became Ontario, and Lower Canada became Quebec because of its location upstream of the St. Lawrence River.

The first capital of Upper Canada was Newark, which is now Niagara-on-the-Lake. To protect the capital from American attacks, York (now Toronto) was moved in 1793. General John Graves Simcoe was Upper Canada’s first Lieutenant-Governor.

Many immigrants, including Germans, Scottish, and Mennonites, settled in Upper Canada in the nineteenth century. Approximately 235,000 people lived in Canada in 1830. The city of Toronto was the first to be established in Ontario in 1834.

Quebec and Ontario became independent provinces in 1867. A new federal union called the Dominion of Canada was created because of a partnership between Nova Scotia and New Brunswick, joined by both Ontario and Quebec. As outlined in the British North America Act, Canada became independent. In 1867, a small town called Ottawa became the new nation’s capital, and Sir John A. Macdonald became the first prime minister.

PEOPLE AND CULTURE OF ONTARIO

About two in five Canadians live in Ontario, with a population of more than 14.7 million. Most people live in urban areas, primarily in cities on the shores of the Great Lakes.

Among the most populated cities and towns is the Golden Horseshoe, along the western shores of Lake Ontario, including Toronto, Hamilton, St. Catharines, and Niagara Falls. The Canadian capital city of Ottawa is further up.

The Greater Golden Horseshoe encompasses the surrounding region, mainly Central Ontario. One of the fastest-growing areas in North America, this area has more than 9 million people. The more significant part stretches away from Lake Ontario shorelines in all directions, from Brantford to the Kitchener-Waterloo area, to Barrie and to Peterborough in the northeast.

Ontario has about 2% of its population belonging to First Nations, Métis, or Inuits, and about one-fifth of the total Aboriginal population in the country. Among the First Nations peoples in the province are the Algonquin, Potawatomi, Ojibwa, and Odawa.

Although Ontario’s official language is English, it has a small number of French-speaking communities. The French language has been integrated into the province’s legal, educational, and administrative systems. Government services are available in English and French in many designated regions.

Since the American Revolution, that country’s population growth has depended on immigration. Ontario continues to attract over 40% of the 250,000 people who migrate to Canada yearly. As a result, more than 100 languages and dialects are spoken in Toronto, one of the world’s most multicultural cities.

Other than English, Chinese, Italian, German, Polish, Spanish, and Punjabi are among the languages commonly spoken at home in Ontario.

THE ECONOMY IN THE PROVINCE

Several factors have contributed to Ontario’s economic strength, including natural resources, manufacturing expertise, exports, and an unmatched entrepreneurial drive. The province generates 37% of Canada’s 1.6 trillion-dollar GDP and is home to over half of the nation’s knowledge-intensive industries, including high technology, financial services, and biotech. It is the economic engine of Canada.

The following are some critical facts about Ontario’s manufacturing sector:

Despite being a manufacturing leader, the service sector dominates Ontario’s economy. The industry employs 79% (or 5.3 million people) of the province’s workforce and accounts for 76.9% of its economy. Business and financial services, professional and scientific-technical services, and arts and culture are examples of Ontario’s major services sector.

The province of Ontario is so big that it has two time zones: the line separating the Eastern Time Zone and the Central Time Zone runs northwest of Thunder Bay, from the United States border to Hudson Bay.

London, England and Warsaw, Poland, are close in latitude to the most northern communities in Ontario. Approximately parallel to Barcelona, Spain, or Rome, Italy, Middle Island lies in Lake Erie, south of Point Pelee.

With an area greater than France and Spain combined, Ontario is Canada’s second-largest province, covering more than 1 million square kilometres (415,00 square miles). In addition to Quebec to the east, Manitoba to the west, Hudson Bay and James Bay to the north, the Great Lakes to the south and the St. Lawrence River to the west, Ontario also shares borders with the United States.

Several lakes, rivers, and streams have played a significant role in the history and development of Ontario. For example, the lakes and rivers were used as transportation and sources of food by both Aboriginal peoples and European settlers. As well, settlement patterns and industrialization patterns were largely determined by waterways.

Discover some quick facts about water in Ontario below:

In 2011, Ontario’s mineral production exceeded $10 billion. Mines in Ontario are world leaders in productivity and have high environmental standards. Nickel and platinum group metals are two of Ontario’s top 10 producers. In addition to gold, copper, zinc, cobalt and silver, the province is a significant producer of these metals. Minerals produced in southern Ontario include salt, gypsum, lime, nepheline syenite, and structural materials such as gravel, sand, and stone. Ontario’s oil and gas industry is also located in the sedimentary rocks of the south.

Over half of the best agricultural land in Canada (defined as “Class 1”) is in Ontario. Almost one-quarter of all farm revenues in Canada are generated in Ontario (Census of Agriculture, 2011), with 51,950 farms.

The province’s agricultural production consists of the following:

Sixty-six per cent of Ontario’s land is forested, or 70 million hectares. Forests in this region account for 18% of Canada’s land area and 2% of the planet’s forest cover. Building materials, pulp and paper are made from harvested wood and a wide range of other products, such as furniture and flooring.

Ontario has a variety of forests. A few examples of such forests are the deciduous forests of southern Ontario and the Great Lakes – St. Lawrence Forest in central Ontario. As well, boreal forest and Hudson Bay Lowland forest occupy northern Ontario. Carolinian forests are also present in a small portion of southern Ontario, where the Kentucky coffee tree and Sassafras tree can be found.

Ontario’s capital city has more than 175 theatres and performing arts companies, second only to New York in North America. The province is also home to dozens of fine theatres. Canadians and Americans flock to seasonal festivals like the Stratford Festival and the Shaw Festival.

In addition to the Art Gallery of Ontario in Toronto, the National Gallery of Canada in Ottawa, and the McMichael Canadian Art Collection in Kleinburg, the province boasts several well-known art galleries.

The province of Ontario is the country’s leader in producing films, television programs, books, and magazines. Annually, the Toronto International Film Festival has grown to become one of the premier film festivals in the world. In addition, the digital media industry in Ontario is internationally recognized for producing cutting-edge products and services in interactive and digital media.

Ontario has been Canada’s leading metals producer since its first gold rush in 1866 near Madoc. In addition to metal products, more than 25 non-metal minerals are produced by the company. Canada’s nickel production reached 43% in 2011, gold production was 52%, its copper production was 38%, and it produced 84% of the country’s platinum group metals.

THINGS TO DO AND SEE 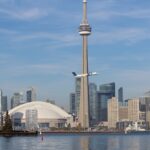 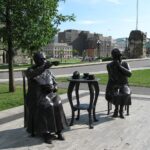 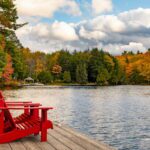 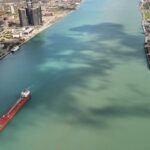